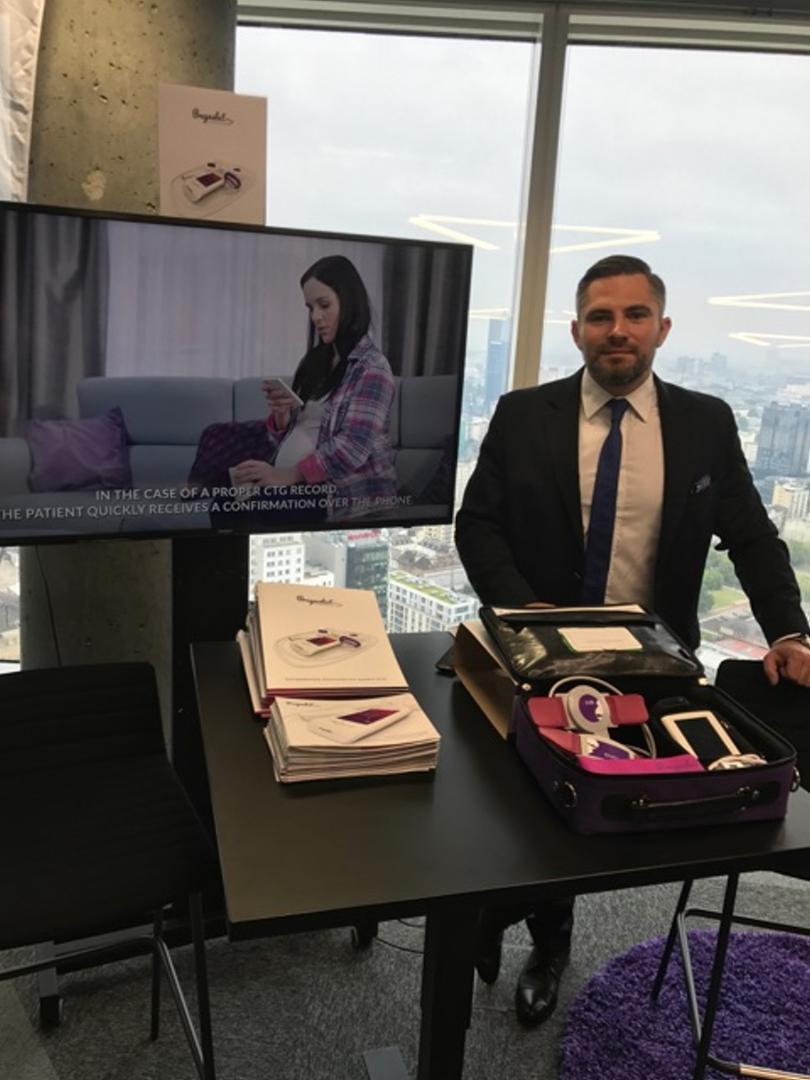 We are proud to announce that Nestmedic SA had been invited to take part in the HealthTech program to present its solution, the teleCTG Pregnabit system, during the “Warsaw-London Bridge” event, which was also attended by a British royal couple, Prince William and Princess Kate. Five medical start-ups had been invited to take part in the contest. All of them had an opportunity to present their technologies. The Pregnabit system was discussed by Dr. Robert Woytoń, MD, PhD, who during his three-minute presentation described the device, its features and innovativeness. He also answered questions from the audience. More people could learn about our system at the Nestmedic stand in the exhibition area. It is there that we were honored to present the teleCTG Pregnabit to the special guests of the event, the Duke and the Duchess of Cambridge. The royal couple listened to a short description of the Pregnabit system showing interest in our device. The royal couple took part in a meeting with young entrepreneurs, a part of their first visit to Poland. This event gave rise to a new “Warsaw-London Bridge” initiative, whose aim is to assist companies from Poland and the UK and to make it easier for the Polish start-ups to get access to global markets. – Our solution and its international potential were once again recognized by independent experts who invited us to take part in this special event. We are very content of this, especially due to the fact that Nestmedic strategy is set on close co-operation with foreign medical organizations and resellers. During the “Warsaw-London Bridge” event we answered many questions, also technical ones, posed by British business people and British Embassy officers. We started a relationship, among others, with the Department for International Trade, an institution that is responsible for trade and investment in the UK. We are hoping that this relationship will allow us to market the Pregnabit system also to patients in Britain, says Patrycja Wizińska-Socha, MD, PhD, a co-founder and the CEO of Nestmedic SA.
News
Login